150 years of expertise – and looking forward 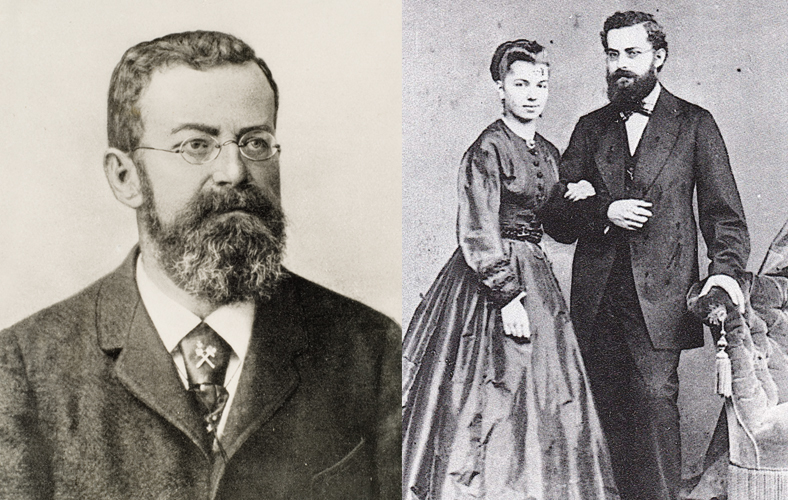 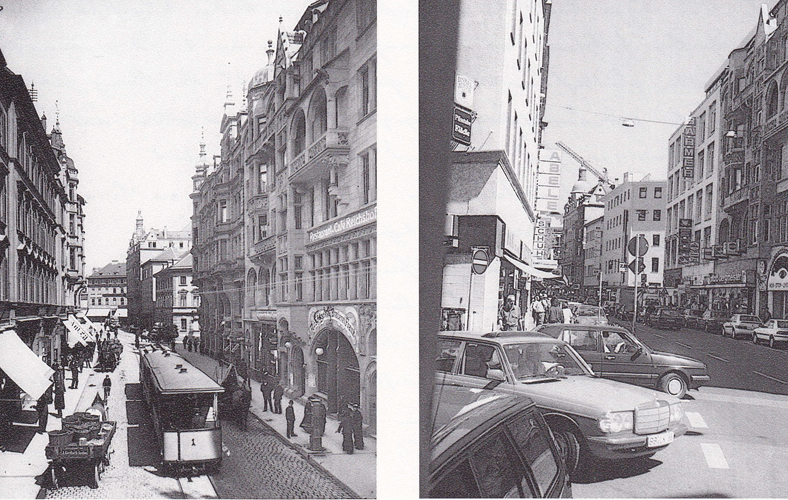 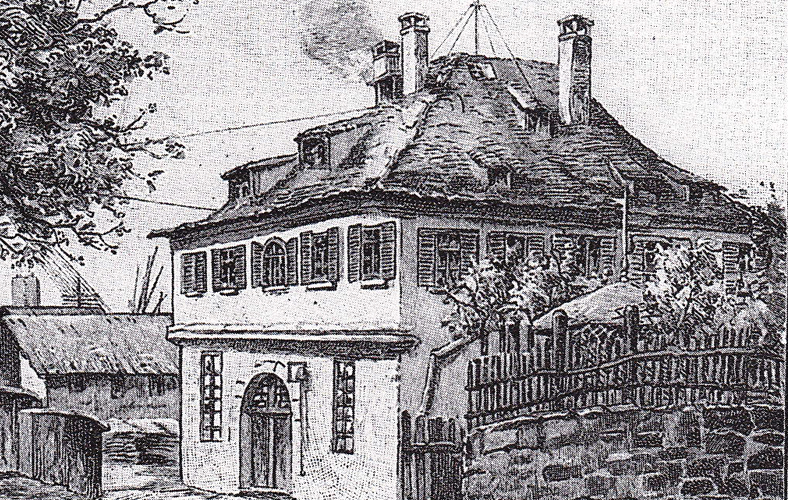 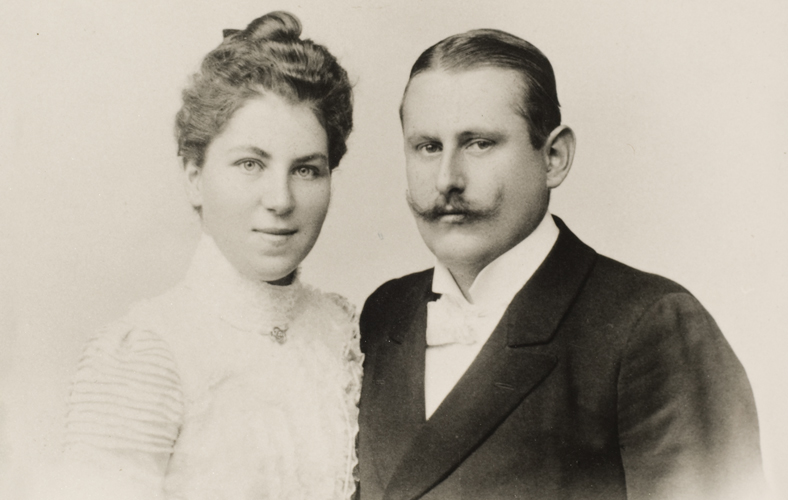 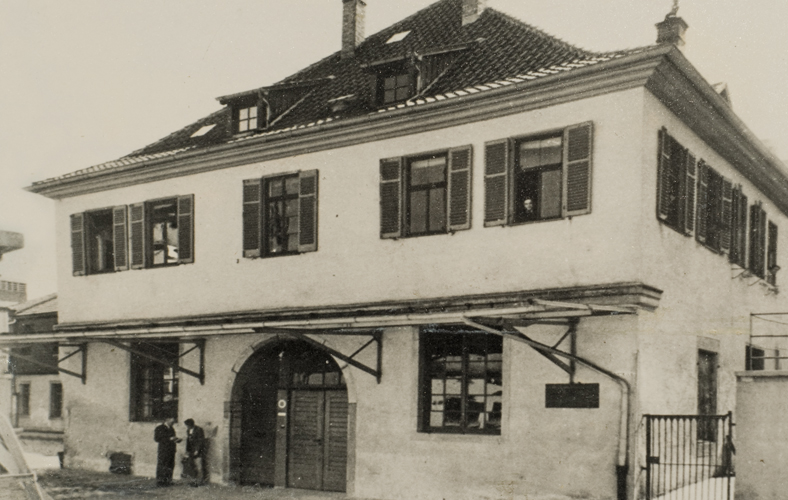 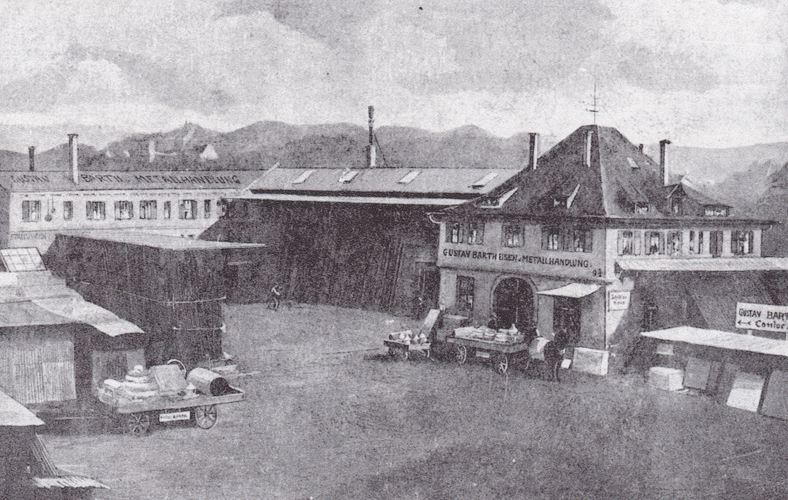 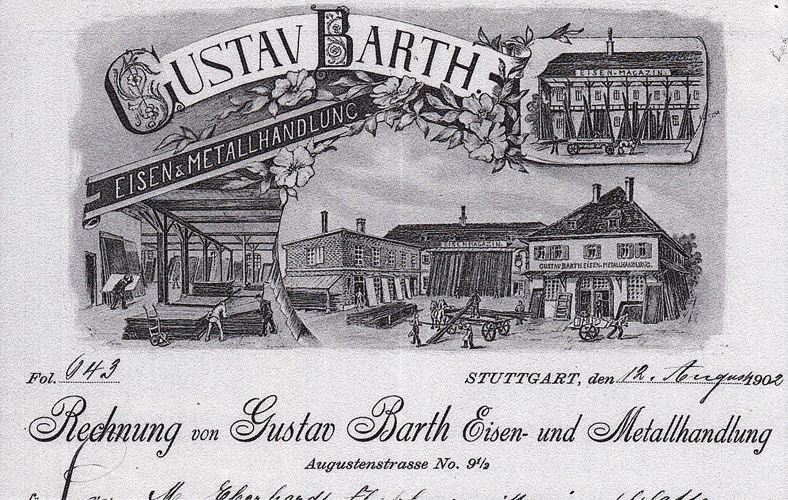 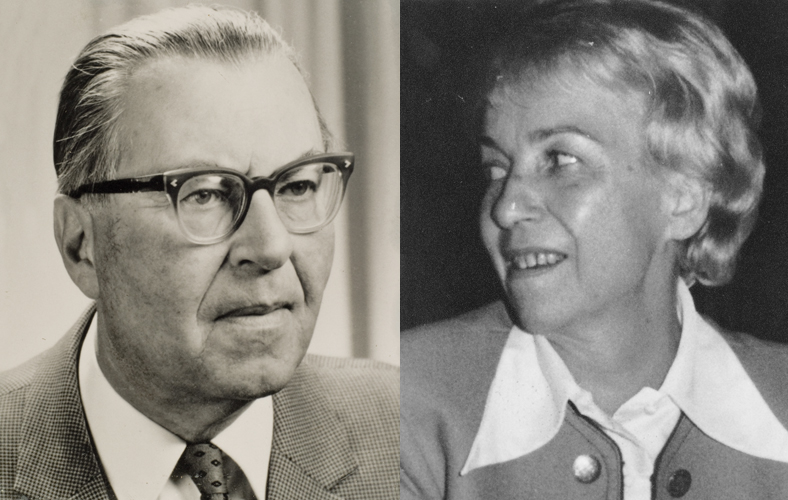 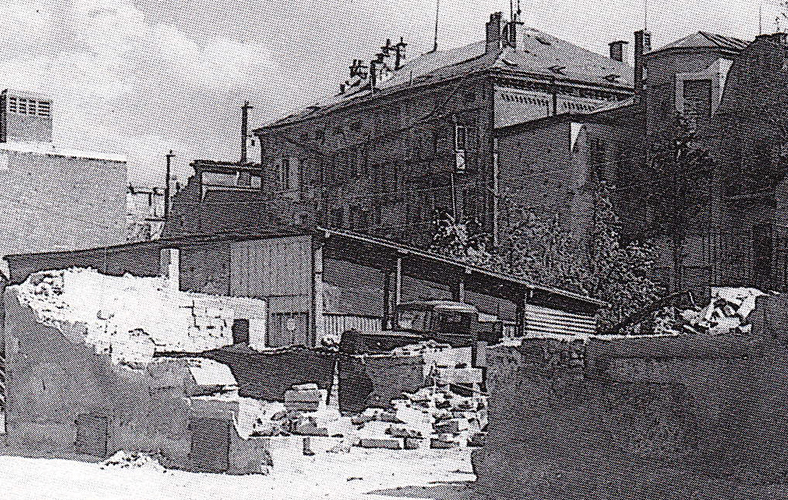 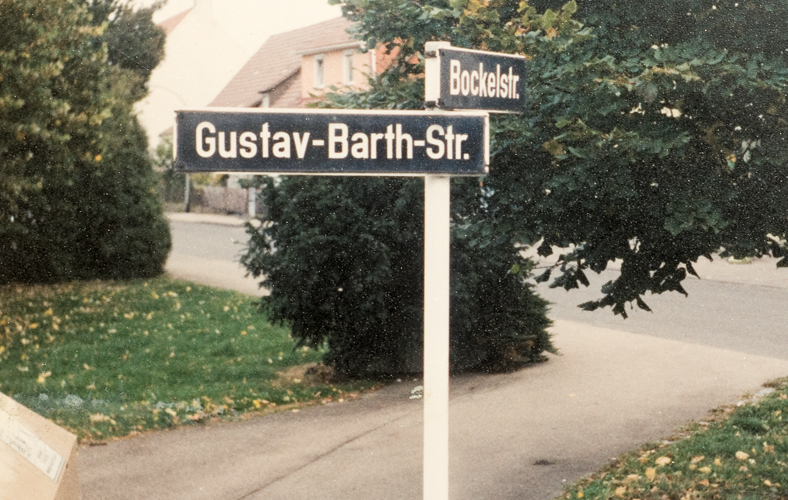 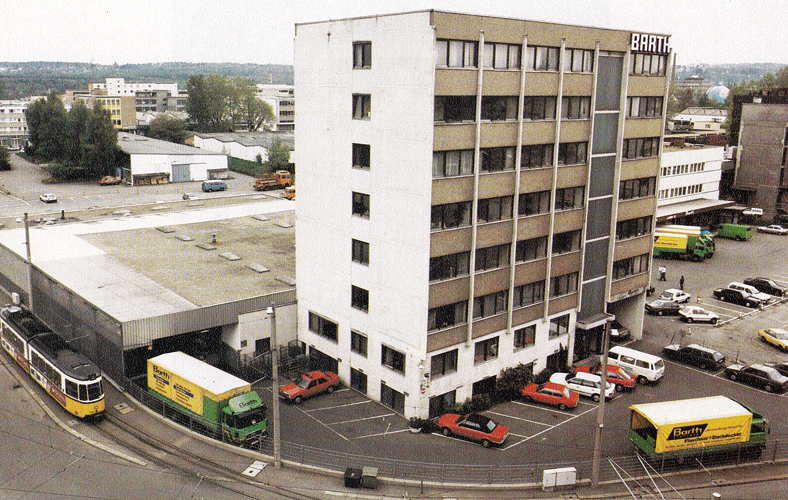 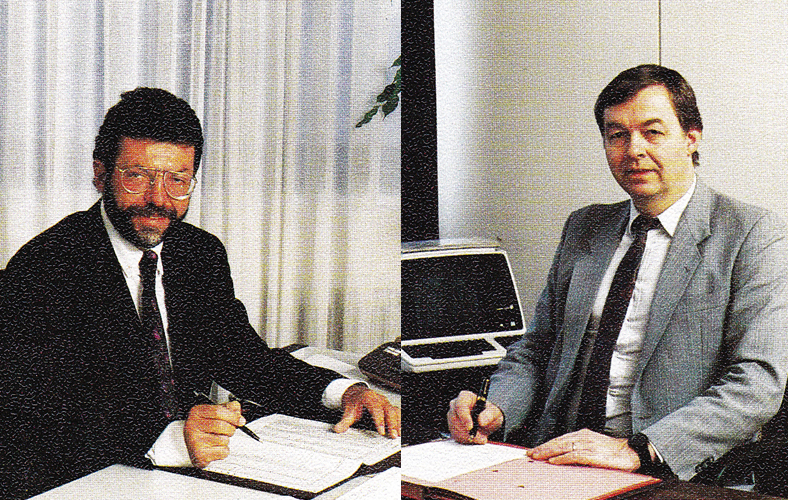 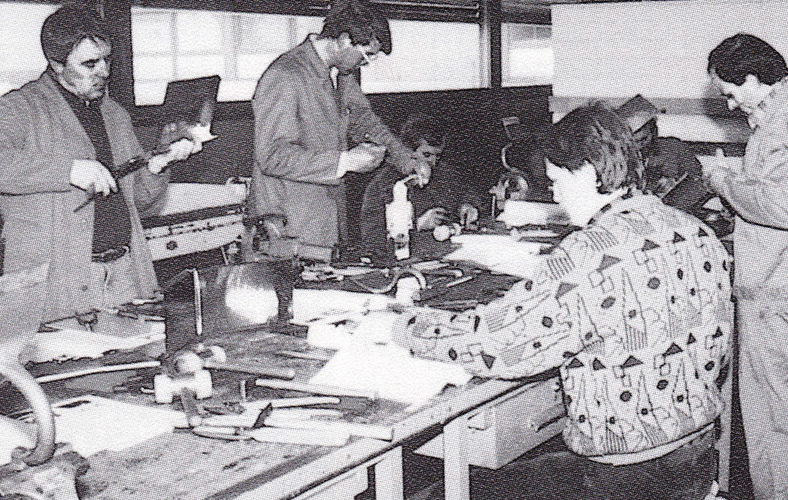 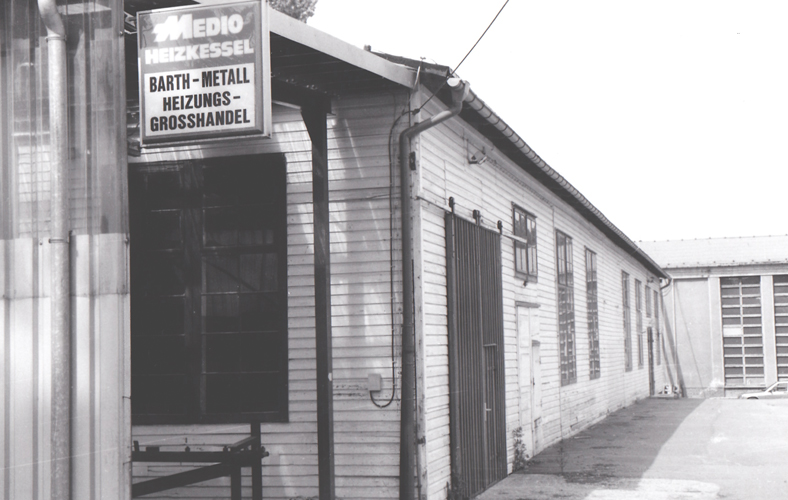 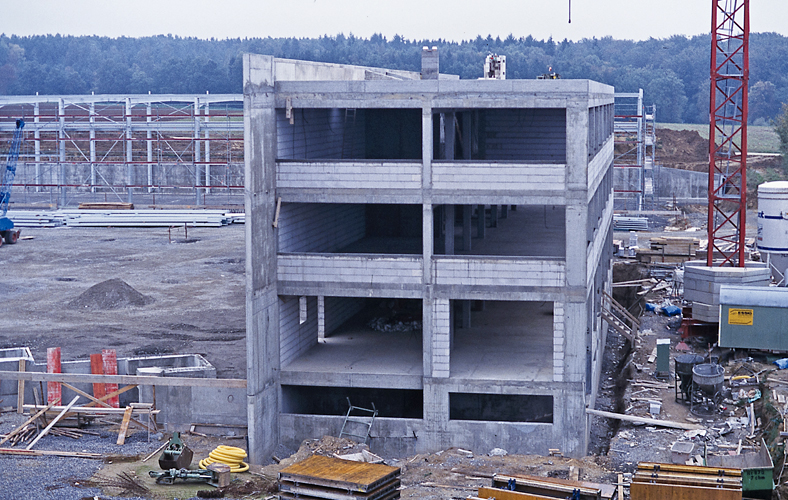 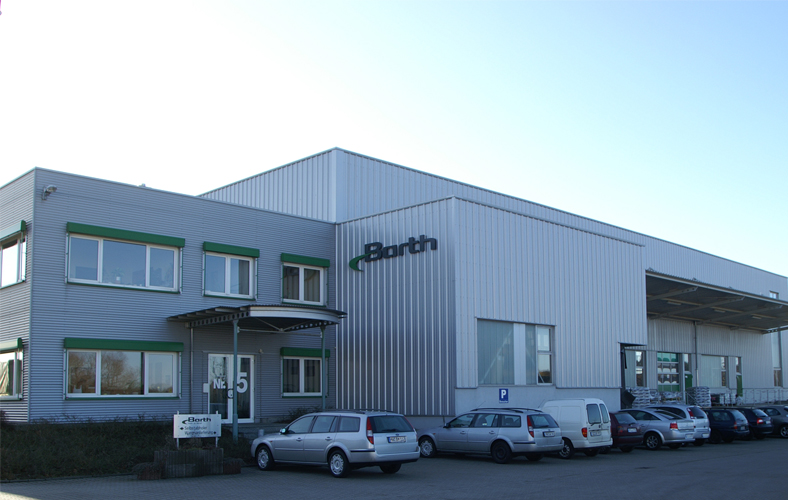 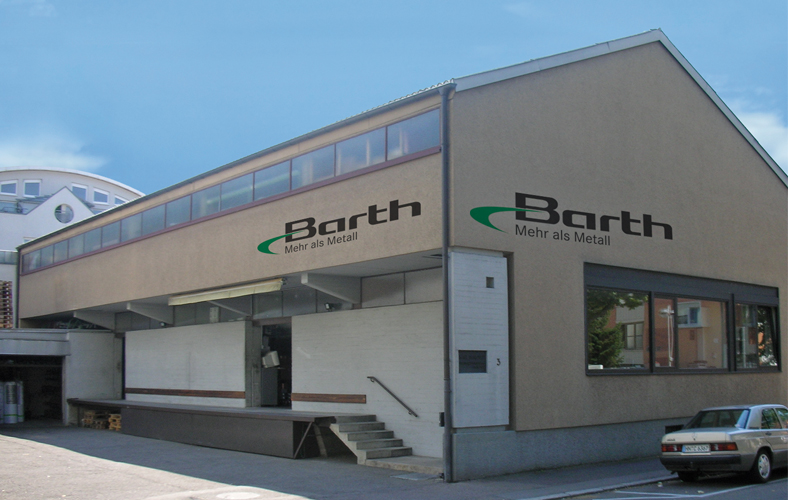 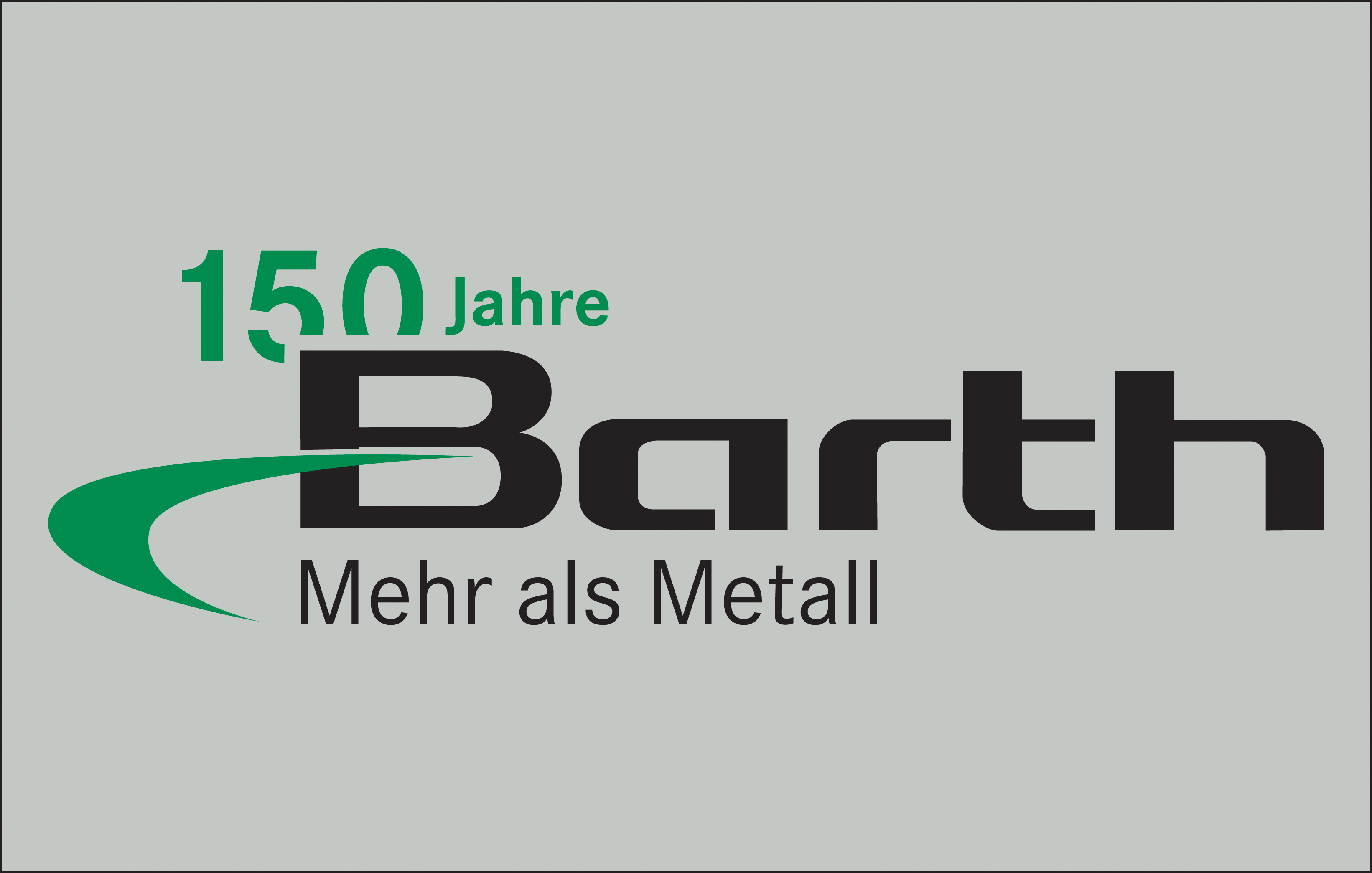 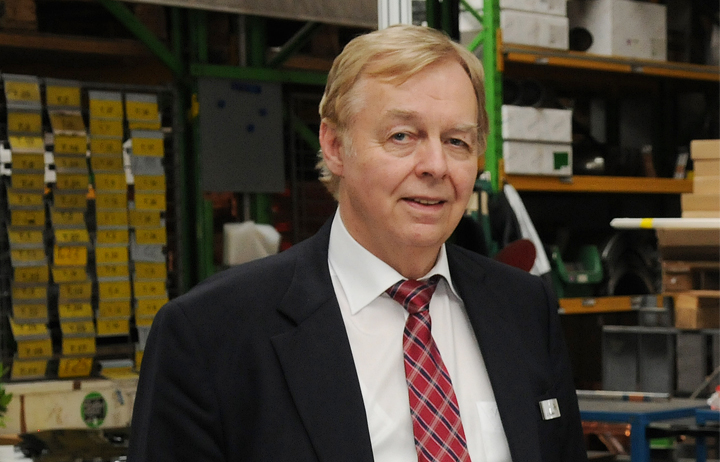 Gustav Barth, founder of the company, was born on 23.05.1843 in Stuttgart - at a time when the industrial revolution was fully under way in Germany and steam engine and railway were about to fundamentally change not only the working life of people.

Our company history dates back more than 150 years. The brothers Gustav and Carl Barth founded a hardware store in some rear building in the center of Stuttgart, Tübinger Straße 2b, laying the foundation of our company.

The picture shows a portrait of the founder Gustav Barth and the wedding photo of the spouses Gustav and Emma Barth.

The business shows a positive trend and spaces are soon getting too narrow in Tübinger Straße 2b. New premises are found directly opposite. The company moves houses into Tübinger Straße 7 on 05.01.1872.

Besides his occupation, Gustav Barth is a chronicler and writes, among other things, the “Stuttgarter Stadt-Chronik” (Stuttgart town chronicle) between 1886 and 1888.

After the brothers Barth have run the hardware store together for almost 30 years, they separate and split the company in December 1893. While Carl remains in the premises that are bursting yet again, Gustav Barth moves into Militärstraße 4/6 as of 05.09.1894.

Gustav Barth purchases the historic former Hofküchengartenhaus (= garden house for the Court kitchen) in Augustenstraße 9 1/2 from piano manufacturer Krauß. Among others, Friedrich Schiller had lived in this house and wrote Wallenstein here..

That year, son-in-law Dr. phil. Wilhelm Votteler joins the company Gustav Barth as a partner. Being well acquainted with chemistry as a pharmacist, he soon develops new products. Two products can thus be offered exclusively: Dr. Votteler’s flash powder maker, and Dr. Votteler’s soldering flux“Sudrol”. An own bath for coppering sheet steel is set up at the court in Augustenstraße. Being visually similar to copper, these sheets become very popular among tinsmiths due to their relatively low price. The bath is used until its destruction in a bombing in 1944.

After having built an own warehouse at Westbahnhof, Gustav Barth assumes the representation of the Sächsischen Kupfer- und Messingwerke F. A. Lange Grünthal as of 1903. Now, having an own rail connection, customers in the Black Forest, at Lake Constance and in the neighboring country of Baden can be supplied without delay. Carriage drivers with horse-drawn vehicles deliver material to customers in middle distances as, for example, Strohgäu. Gustav Barth visits his tinsmith customers with a sulky for many years to gain new customers and deepen existing business relationships. He is thus able to maintain close contact to many companies.

The company purchases their first truck. It’s a 3,5-ton Mercedes platform truck. Thus, the own rail connection is no longer needed and the company relinquishes the warehouse at Westbahnhof.

After the Great Depression, Barth’s economic development of Barth is recovering again. Wilhelm Votteler joins the company after having completed his commercial training in other trading houses.

At the beginning of the year 1938 the company employs 12 people.

Emma Barth dies on 01.04.1940, just a few weeks after the Second World War has broken out. She had been the driving force of the ferrous and metal company Barth for many decades.

Wilhelm Votteler marries Ursula Brandenstein on 08.20.1941, who will play a central role in the company as well.

Both the private house (1943) as well as the office building in Augustenstraße (1944) are destroyed by bombings in World War II. Wilhelm Votteler starts removing the ruins with his remaining staff right after the destruction. Reconstruction takes several years. The first big material supply after the war includes 200 tons of steel pipes that Wilhelm Votteler unloads by hand with his loyal employee Wolf Pfeffer.

For decades, Wilhelm Votteler has made a significant contribution to the company’s constant development by his customer support. The positive development is boosted by the fact that the company has had proven commercial travelers from the beginning, and the name “Gustav Barth” has kept its good reputation from former times in Baden-Wuerttemberg.

After the end of World War II, the city of Stuttgart honors the company founder Gustav Barth and names a street in Stuttgart-Heumaden after him.

With only a few employees, Wilhelm und Ursula Votteler rebuild the office building in Augustenstraße, Stuttgart-Mitte.

Hildegard Votteler dies on 03.03.1957. Her son Wilhelm pays off his brothers and sisters who are not active in the company and assumes sole responsibility. At that time, delivery was still based on the principle: “The truck drives if there are enough orders.” That’s just unimaginable today! Due to huge distances and reduced mobility at the time, many customers could be visited only every 8 to 10 weeks. Under the urging of Ursula Votteler, representing her husband in sales force for the first time during a longer hospital stay, a shorter visiting frequency is introduced.

Jürgen Votteler, the son of Wilhelm and Ursula Votteler, joins the company on 11.01.1967. He has already been involved in business decision during his studies. In 1970, a 6-m sheet metal bender is put into operation on his initiative. Services can thus be significantly improved.

By then, the premises in Augustenstraße 9 1/2 no longer provide enough space. At the end of persistent negotiations mainly led by Ursula Votteler the company moves into a new office in Stuttgart-Vaihingen, Schockenriedstraße 48. They move houses on 07.26.1970, facing considerable difficulties. The commercial staff, for example, has to work in an office provisionally installed in the warehouse for more than a year.

Barth is the first trading company to offer trainings in folding technology as of 1982. These are held, at first, by diploma master tinsmith Hermann Pfisterer from Olten, Switzerland, in three or four sessions in the winter months. When Pfisterer dies all of a sudden, master tinsmith Wolfgang Breucker assumes his duties as of 1987.

Wilhelm Votteler dies on 09.10.1987, who is active in the company until his death. His son Jürgen Votteler conducts business from this time on.

Preparations for the new location Hainichen are completed in autumn. The founding team includes eight employees. The company starts operating in rented premises after significant construction and fitting-out works.

After 25 years, the premises in Stuttgart-Vaihingen do not provide enough space anymore. Having found a suitable location in Renningen, the growing company moves into today’s headquarters in Dornierstraße 7 in July 1996.

Due to increasing handling, more space is needed in Hainichen as well. In February 1997, the company moves into a modern plant in the business park of Schlegel.

Extension of supply area to Rhineland-Palatinate.

Opening of the Barth subsidiary in Heilbronn due to takeover by the Scholpp company.

The number of employees at headquarters in Renningen exceeds 100.

Our machinery is extended by a Forstner decoiler straightening plant and a cut-to-length line as well as a double bender press brake.

Andreas Votteler, son of Jürgen and Marialuise Votteler, joins the company on 07.01.2014. This means that the 5th generation is working in the company.

Barth Renningen now has more than 110 employees at the locations of Renningen, Heilbronn and at former headquartes in Stuttgart-Vaihingen. They work in a 3-shift operation, while 22 own trucks supply customers allover Baden-Wuerttemberg and beyond. A modern machine park with 2 splitting plants and 3 sheet metal benders process several thousand tons of material per annum. More than 60 employees are working at Barth Hainichen in Leipzig, Hainichen, and Mühlau, supplying the approx. 1900 customers by 14 trucks.

The 150th anniversary of the company is celebrated with a big in-house exhibition. More than 2500 trade visitors inform themselves about the branch’s new products at 47 exhibitors.

Jürgen Votteler dies at the age of 73 on October 16, 2015.
He had been especially close to the company for 48 years, leading it with great professional skill, vision and relentless, extraordinary commitment for more than 36 years.

Jürgen’s son Andreas has taken over the management since his father’s death.